Chaoskampf, literally “struggle against chaos”, is a mythological motif depicting the fight of a hero against a chaos monster. The word “chaos” itself etymologically means “gap”, which is also what an interregnum is. This series of drawings shows a group of kids living in the wilderness and struggling to maintain any form of order as they battle against a hoard of monsters. Left to their own devices and lacking leadership, much like the kids in Golding’s “Lord of the Flies”, they use improvised weapons that are often too flimsy to protect them. In the forest, a place where all rules and laws seem to have been suspended, they live as self-made warriors fighting for their own survival and waiting for the time when social norms will be restored. When, if ever, they’ll be able to be children again. 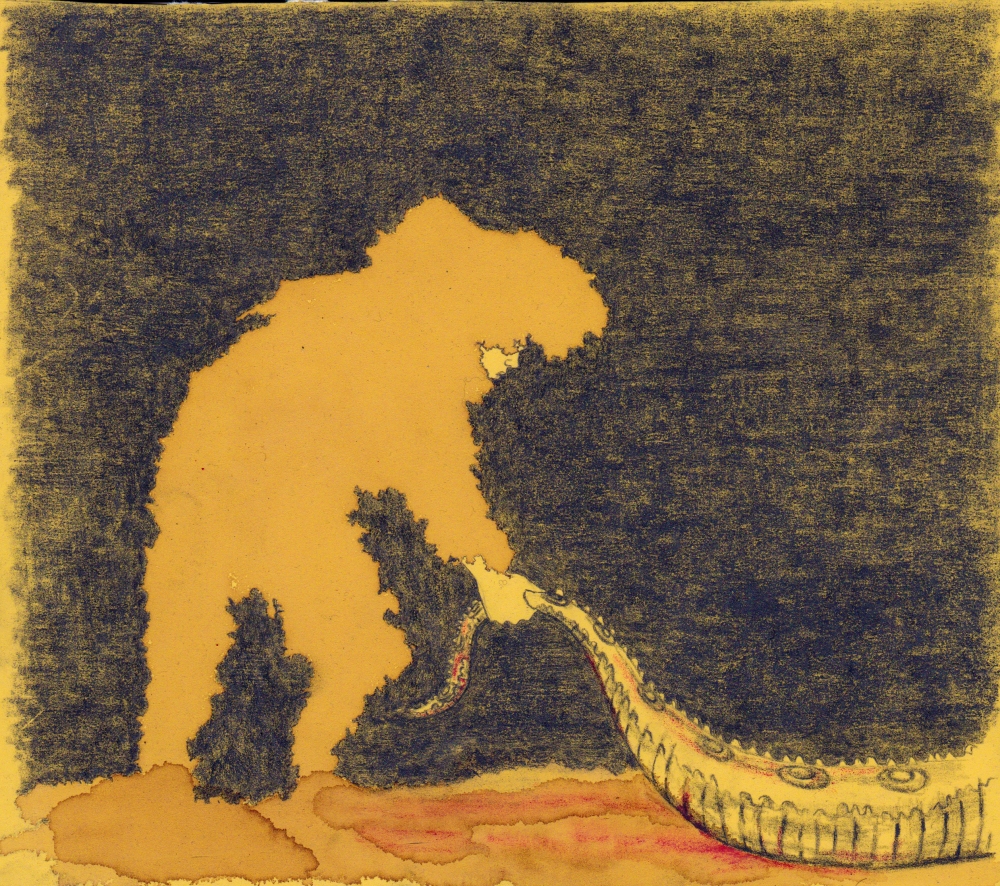